Chapter I, II and III will release on the same day!

Happy Holidays everyone! It's the festive season and I wanted to leave all of you a little present in form of an announcement for next year as well: The full version of Numina will release in 2020.

This means chapter 1 "Noesis", chapter 2 "Elpis" (formerly called "Hoffnung", German for "Hope") and chapter 3 "Gnosis" will release simultaneously as a full game. This doesn't mean that the release will be pushed back: The goal is to release the game around Q2 2020 with  beta-testing starting early next year. 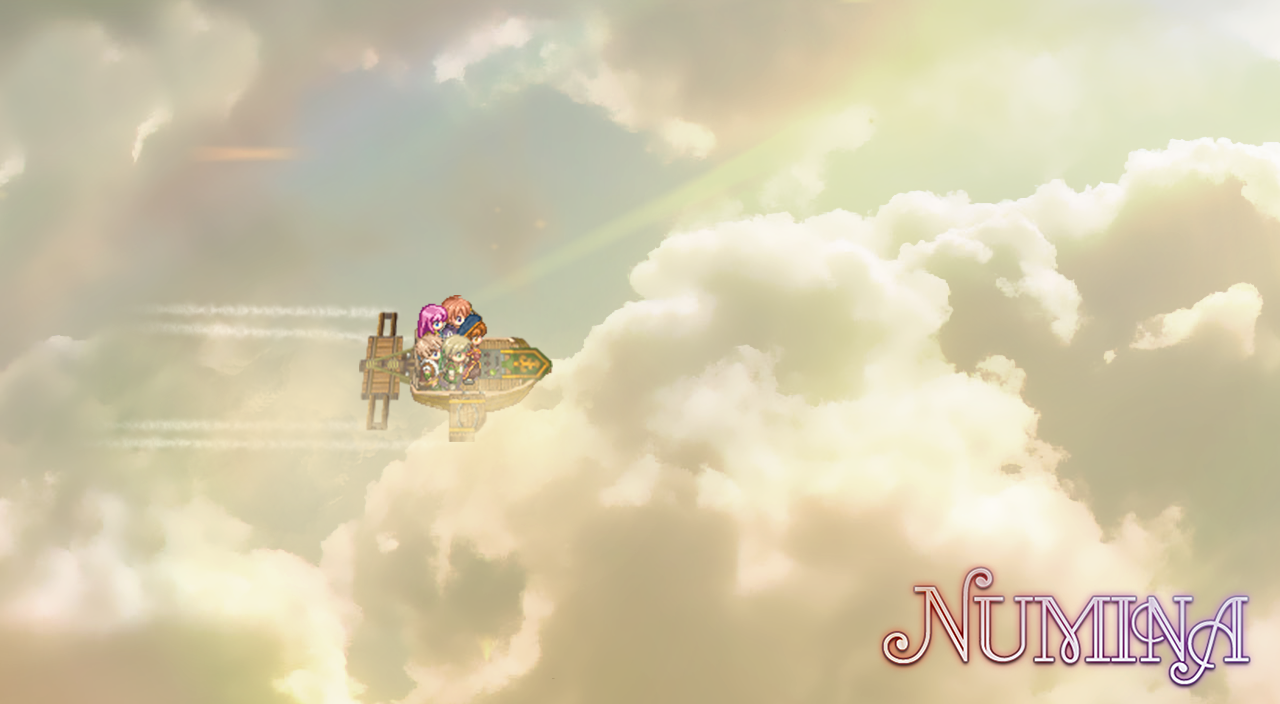 As you already know from the last demo, "Noesis" introduces the characters and the story's themes. "Elpis" will focus on the bonds between the characters and some of the secrets and mysteries brought up in the first chapter. Finally,  "Gnosis" will be a tumultuous resolution to the storyline, incorporating many decisions made by the player along the way.

I decided against an episodic release for various reasons, one of the simplest are the technical challenges that come with managing a split-release with RPG Maker MV. It would have meant to invest time into ensuring that the chapters smoothly integrate on Steam, itch.io and so on, instead of spending that time on the game itself.

Progress-wise I've finished working on chapter 2 and I'm currently finishing up the final scenes of the last chapter. My goal is to start with testing in January, while also starting to work on the english translation. There's also loads of other things for me to take care of such as preparing the Steam-release, doing promotional work and also keep you lovelies in the loop :)

I can't say it enough, but I'm very grateful for the loyal following I've gathered. It's a huge dream of mine to create games and especially with Numina, it's been almost a decade of my life. So I hope it'll result in something special for everyone involved.

Thank you all again! See you in the next year, I'm sure it's gonna be an exciting one.

I speak Spanish, so this goes for the translator. The truth is that the game is one of the best I have played in this style, I would love to be able to support financially but unfortunately I do not have how, I am eager to play the full game.

Well that's it. Thank you very much for your work.

I'm so glad to see you and Numina still kicking ass! I was worried something might happened before I check in the updates.  Take care of yourself, Starlit! :D

I can't wait for Chapter II and III, looking forward to continuing Shawn and the player's journey!

I'm looking forward to the release! I hope everything goes as planned :)

I can't wait till the next 2 chapters,  :D  the storyline is really interesting and a can't wait to see what's next!

cant wait till chapter ll and lll edit: and love the use of roman numbers

Oh my! Don't over work yourself too muchh

Thanks for your concern! I will try :D I'm just so motivated to conclude this project, since it's been in the making for so long.

Reply
Bane Of Technology2 years ago(+2)

Excellent! Thank you for your hard work!

Thank you for your interest in Numina! :)

Oh my god this is the best present ever! Thank you Starlit for working so hard to give us this amazing game

And thank you for sticking around and motivating me to give this my all! :)